When it opened in 1964, the Mid-South Coliseum was the first desegregated public building ever in Shelby County. This iconic structure was placed on the National Register of Historic Places by the US Department of Interior in 2000 and yet there are some who would tear it down rather than preserve its history. There are numerous uses for this building that can be pursued and finding a viable and worthy use for it is the course that the City of Memphis should take.

With 175 acres right in the heart of Memphis, the Fairgrounds area presents an exciting opportunity but also one that needs to be met with more research, planning, fiscal responsibility, and community input. When Memphis city administrators play developer without the proper market checks and balances, the result is seldom good.

The original Fairgrounds TDZ application justified a $176M public investment and relied on a giant retailer swooping in to anchor a massive new retail and hotel development but there is no lease and no retailer and even, no named prospect.

Capitalism is powerful and when there is a demand for something, the market generally provides it. However, no one is clamoring for this kind of retail or hotel space in Midtown much less one which would sit behind a school, a children’s museum, or the Kroc Center.

Additionally, retail and hotel prospects are tenuous at best and depend on daily traffic – not just a handful of spurts of activity each year. One study of new restaurants found that 1 in 4 changed ownership or went out of business after only one year, and 6 out of 10 did so after three years. Several years ago, researchers at Cornell University and Michigan State University conducted a study of restaurants in three local markets over a 10-year period. They concluded the following: After the first year 27% of restaurant startups failed and at the end of 10 years, 70%. It seems everybody “knows” that restaurants fail at an alarming rate.

Ask a banker, for example. She’ll tell you “we don’t make restaurant loans, it’s too risky, they fail too often.” Ask her to support her opinion with real data, and she’ll likely say, “It’s common knowledge.” Around here, common knowledge doesn’t seem to be so common especially when it comes to the City Council and Mayor’s office and if the financial success of this TDZ relied on the expected profits from this retail use, the proposers need a serious reality check.

Robert Lipscomb, director of the Memphis Division of Housing and Community Development, proposed that a large portion of the acreage go to youth sport facilities but the truth of the matter is that youth sports facilities are just not profitable. They lose millions of dollars every year in operations and require major capital improvements every 10 years. Several of these Youth sports parks already exist in Tennessee and just by Googling it, you can find out that many of them are failing and only  attracting a few events each year. In other words, they are collecting dust like the Coliseum, the Fairgrounds, Peabody Place, and until Bass Pro Shop took over, the Pyramid.

Public investment has its place and without it, we wouldn’t have the Grizzlies. At least with Bass Pro, you have an actual company with a plan. But if you compare the public investment of the Fairground TDZ with the Crosstown and Overton Square projects, where public money represented only 10% of the total investment, you’ll understand why it’s not fiscally responsible to have our taxpayer dollars solely secured by public oversight instead of by the natural inclination of private developers to protect their investments.

We are also using the entire amount of money for the Midtown TIF in one swoop – leaving us with no money to put towards repair of existing structures or creating new projects for the next 30 years! I’ll be 65 by that time and I hope that Memphians would’ve come up with something else they would like to spend money to accomplish in order make this city greater.

Now, let’s talk about the Urban Land Institute’s new recommendations for the “Greater Memphis Sports and Recreation Complex.” The new plan, which the City said it would support, suggests turning the area into a park, athletic entertainment, and retail space. The only BIG difference I can see is that the ULI agreed with the tremendous support for saving the Coliseum and not tearing it down but they didn’t agree with keeping the structure, which resides on the national historic register, fully intact as many have requested. 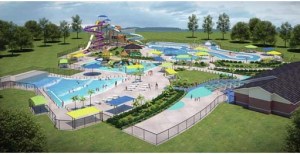 An increasingly popular suggestion made by ULI was dedicating the 10-acre Fairground Youth Athletic Fields to a privately developed water and surf park, which I am all for provided that a private developer does indeed foot the bill and we can somehow keep it from becoming another Adventure River/Wild Water and Wheels disaster.

My opponent, Kemp Conrad, called the Fairgrounds a “really great piece of real estate” in an interview with WREG. The problem I am having with that description is that there seems to be no heart, no passion, no love for this city’s heritage. 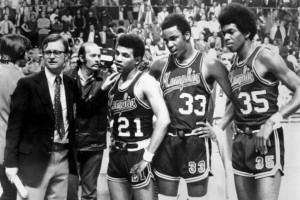 The Coliseum has deep connections to the hearts of Memphians and Mid-Southerners. The Beatles, the Who, the Grateful Dead, the Stones, and Elvis all performed there – not to mention some of the legendary wrestlers such as Rick Flair, “the Nature Boy,” Andy Kaufman, and our very own Jerry “the King” Lawler and some of the old school Tiger basketball greats!

And possibly most importantly, it was the first building of its kind in Memphis built for racial integration by not having separate restrooms and that, in it’s own right, is pretty significant in a city which values its extensive civil rights heritage with Martin Luther King, Jr. and the recently deceased Judge D’Army Bailey.

With the cost to repair and renovate the Coliseum estimated at only $28-30M, why is the administration not fighting harder to save such a historic venue? They are willing to tear it down and impose over $176M on taxpayers to build their dream. What about our dream?

Alan Crone, currently the interim occupant of the recently vacated City Council seat of Shea Flinn, stated in the same interview I mentioned earlier “The plans were great. They’re beautiful and everybody loves them.” This is just another example of our city administration not listening to the citizens of the community.

It is projects like the TDZ, which make me question the current City Council’s passion for Memphis and begin to wonder if all they think about is the potential influx of dollars from this type of “investment” that could be used to line their pockets.

Memphians have spoken and have loudly declared that they wish to repair the Mid-South Coliseum and utilize it once again for concerts, festivals, and the like, in order to protect its rich heritage and keep dollars from tickets sales inside Memphis city limits instead of sending them southward to Snowden Grove in Mississippi.

Scott Schaeffer of the Coliseum Coalition said that it “could be so many things if just updated and kept as-is. It and venues like it were the original “multi-use” buildings…everything from Rodeos to David Copperfield shows!”

The land around the fairgrounds could still be used to build many of the projects mentioned by the ULI, such as a water and surf park. I also believe that a children’s zone, similar to that of Shelby Farms’ Woodland Discovery Playground would make a nice addition to Midtown, families and the community, and to that area in particular due to its correlation with The Children’s Museum of Memphis and Kroc Center. Other ideas such as a dog park, disc golf course, and expansion to Tiger Lane are entirely possible.

Let’s be smart about our decision, take our time and fully research and develop our plan, make sure that we are being fiscally responsible to the taxpayers, and place preserving our rich heritage at the top of the list!

Currently, no one I know supports this project in full except the politicians and of course, if these projects go through millions of dollars will wind up in the pockets of lawyers, contractors, commercial investors such as Kemp Conrad, bankers, and consultants – the same people who fund the campaign war chests of our entrenched local politicians.


Am I In Your District?

Memphis, TN 38119
RightForMemphis@gmail.com
We look forward to hearing from you!

Robin is a successful, diversified, self-motivated professional with 12+ years experience in Communications and Nonprofit and For-Profit Management, as well as grassroots activism, recruitment, outreach, training, and development.

She is resourceful, versatile, and goal-oriented with a proven leadership ability and offers a unique combination of creativity and analytical skills allowing her to create cost-effective, profitable, and innovative solutions.

Additionally, Robin's strong interpersonal skills, attention to detail, positive attitude, and uncompromising integrity, as well as her effective and creative problem-solving ability, has made her a valuable contribution to various programs.
Read More